Black Jack has no history of being “invented” by any particular person in time, but instead has arisen from a shuffling and mixing of different people from all over the world.

However, one of the earliest beliefs is that the Romans were responsible for inventing black jack game. There is no hard evidence of this belief, but it is true that the Romans had a passion for gambling.

Nevertheless, the most accepted origin of playing blackjack was derived from Vingt-et-Un, a game that was discovered and widely played in France between the 17th and 18th centuries.

It was assumed that this game had its origin from another French game called Chemin de Fer, the French word for the way of the Iron since the cards were safely kept in an Iron box.

Another supposed influence on the Black Jack game came from a Spanish “one and thirty” game where the objective was to collect not more than 3-cards all valued at 31 points.

Luckily, this game spread all the way to the United States in the early 1800’s and successfully continued to grow in various states where it was eventually made legal to gamble on the year 1931.

During this year, the casinos in Nevada made a special bet. If you were dealt with the Ace of Spades or a Blackjack, the house would pay 10:1 odds on the wager. This was however discontinued, but the name blackjack remained. If you wish to learn more about the black jack rules, please read on the next step!

Whenever you visit a casino or an online live casino, you will be able to see a lot of action going on in the blackjack pits. Be aware not to enter or participate in any of the pits until you are well familiar with the casino black jack rules.

When playing the game, your objective as a player is to beat your dealer's hand without exceeding a total value of 21. All the face cards are valued at 10, the Aces valued at 1 or 11 and all the remaining cards have their face values.

Each player in the pit, including you, will start with two cards with one of the dealer’s card being hidden until the end of the game. When you hit, you will be asking for another card while stand will employ that you choose to hold your total and end your turn.

If you exceed a total of 21 when the value of your cards are counted, you bust and your dealer wins regardless of his hand. If the dealers deals you a 21 from the start, an Ace and a 10, you have a blackjack. With a blackjack, you automatically win 1.5 the amount of your original bet depending on which casino you visit.

A dealer will continue hitting until he has a total card count of 17 or more. When you double down, you will be hitting, only that your bet will be doubled, and you get an extra card. 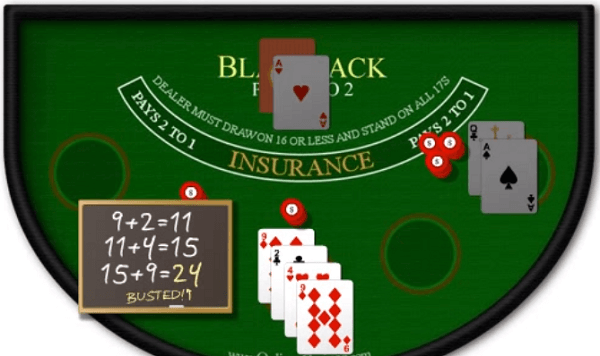 You can perform a split when you have two similar cards i.e. you split the pair into two hands. This is advantageous as it doubled your bet since each split or new hand is worth your original bet.

Wondering how some people manage to play it cool in the blackjack pits? It is easy for you to read and understand the blackjack rules above, but certainly there are “unwritten” rules that you need to be aware of.

Think of them as the unwritten code of conduct of casinos.


Importance of managing yourself

The majority of the players at the casinos lose because they let their emotions overcome them. They become emotionally attached to the game. A good example of a money-losing emotional response is becoming angry when you lose or playing more aggressively to prove a point to others.

However, the problem with chasing your losses is that the losses end up catching you before you can catch them. You will hardly win any blackjack game while playing with the power of hormones.

An efficient way of keeping your emotions in check is by planning in advance how much you can afford to lose and stop once you reach that target. If your stop loss target is ten units, you have to quit the game when you reach this limit.

Another technique that can help control your emotions is paying attention to them. As soon as you feel that you are becoming emotionally aroused, stop playing and look for another distraction.

Lastly, you should never quit when you are on a winning streak. This is a concept which will supersede the emotional control aspects of the game. If a drunk comes and sits next to you and you just can’t bear with him, put up with him for as long as you are winning.